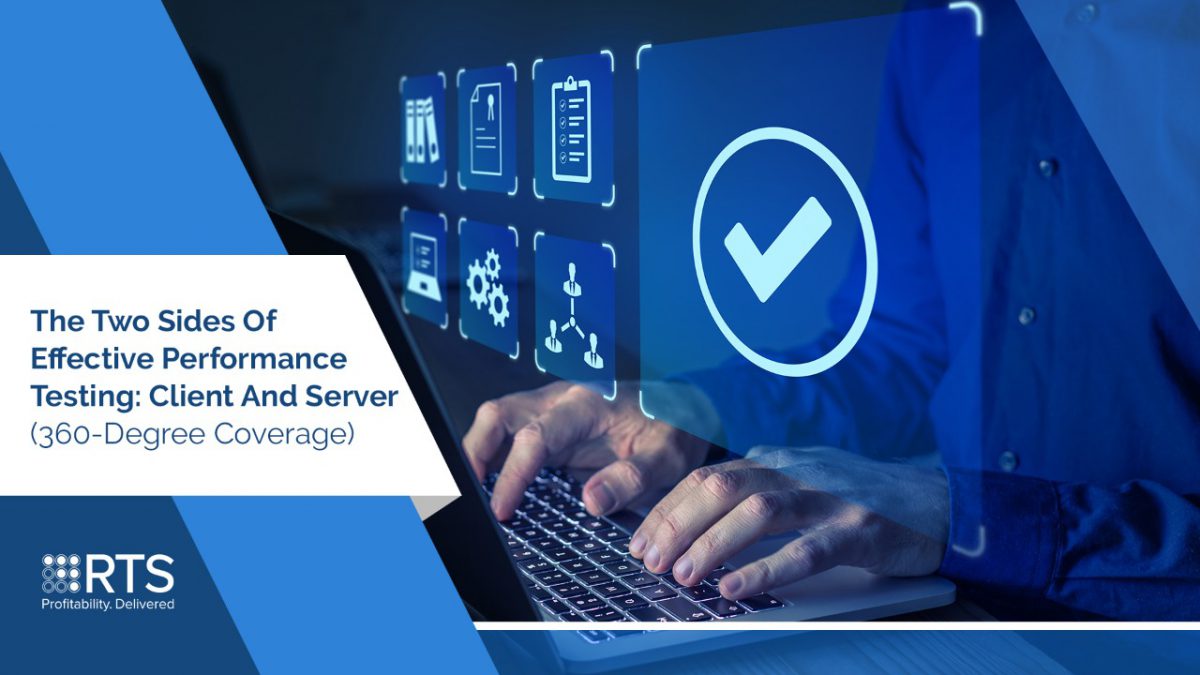 Software Testing has become an integral part of the application development processes worldwide. The past decade has seen Testing emerge as a significant, and in fact, an inevitable part of software development. There has also emerged various classification of testing to ensure the right leverage. Out of all these, performance testing leads the way. However, many software testing professionals might still lack complete knowledge and practice of the full coverage of an application’s Performance Testing.

They tend to overlook Performance Testing from the different lenses of – the client and the server. Wondering what’s the difference? Before jumping to action, testers need to take a step back, understand the different aspects to an application, view it from each of those scenarios and prepare a test plan that covers a 360-degree assurance.

What is Performance Testing?

Effective Performance Testing means Slicing It Down into two sides:

Here testers validate the performance of client-side application with different metrics. Main job is to evaluate the end-to-end process and how application is behaving in that environment. Is the application having delays in rendering front end elements? or any problem occurs while loading the CSS and JavaScript files. We also determine if technology needs any modifications.

There are many ways to improve client-side performance such as compressed Images and JS code, fast response time, better cache techniques, minimizing content, and sizing the hardware accurately.

Server-side performance has a direct impact on any application. Here, testers can make changes directly on the server side to see the effect, and the scope is not limited to simpler tests, in fact, includes evaluating logical scenarios, application’s behavior under user load, and server response time. This can also help in evaluating complex variations e.g., algorithms, and architectures that are commonly used in modern applications.

We must evaluate this with the correct KPIs while performing complex tests as compared to the client side where tests are simpler e.g., related to UI.

For any application to be successful,  Performance is the key indicator and this should not be compromised at any level. This should be covered in the plan during the requirements development phase which is before designing. Contact us for more details.